Honey is the main character of the game, starting on her journey to become a star of the ring. A student at Lacroix University by day, Honey needs to pull off a convincing student act in front of her friends, teachers and parents, while still training regularly with her Coach. So much to do, so little time! No wonder she asked for your help, then. 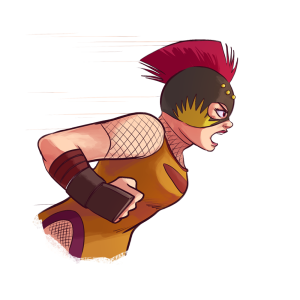 Little Sun is Honey’s first scheduled opponent. A relative newcomer to the ring herself, she managed to climb the ranks very fast thanks to her highly acrobatic fighting style. Will Honey find the right counter to overcome this electric adversary?

Another newcomer, Carrion Wind has however managed to win the hearts and minds of many through her imposing aura, and remarkable fighting prowess. A favorite for the tournament, will Honey manage to catch up to this rising challenger? 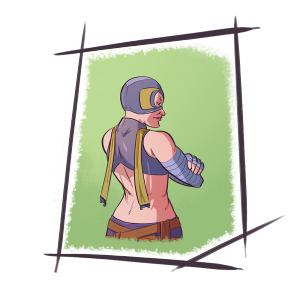 A legendary champion of the ring, and an idol to Honey, Big Blue stands as the last adversary before reaching her dream. As a lifelong fan, no one knows more about her than Honey herself… maybe? 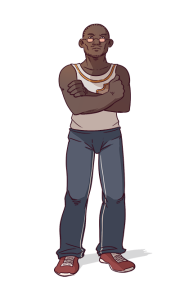 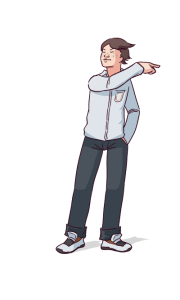 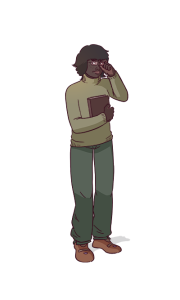 Coach: if you want to become the top fighter in the tournament, he’s the man you ask for guidance. Coach will help Honey through thick and skin, for reasons he’d rather keep to himself.

Curtis: the self-styled tournament number one fan, Curtis is your go to source for gossip in regards to anything related to the official fights. With such an extensive pool of knowledge, it’s both impressive and disappointing how poorly he fares on his tests. Maybe he has some other reason for doing that bad…?

Karine: a loyal friend, she’s Honey’s school advisor, and support. Whenever Honey skips a class, you can be sure Karine’s there to cover her tracks – to an extent, of course. In addition to that, she’ll be glad to help Honey hit the books at the library and keep her on the path towards graduation. 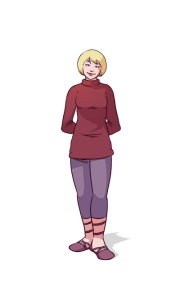 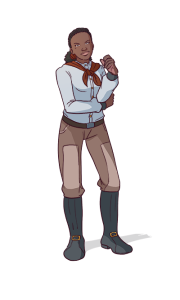 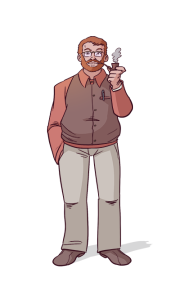 Alice: a lifelong friend, she shares Honey’s excitement for anything tournament related. While still trying her best to study, she can often be found skipping town to gawk at the official ring’s upcoming matches fliers.

Leslie: the irritating know-it-all, heir to a great lineage, she’s necessarily successful at everything she attempts. She has some history with Honey, though they aren’t on the best of terms right now. Still, she makes it her mission to guide Honey on the way to constancy and perseverance.

Dad: the stern guide to Honey’s future, Dad is a famed marine biologist and helped Honey enter her current course at Lacroix University. He’s a very patient man and has given Honey her fair share of chances already, so watch that his patience doesn’t run out. 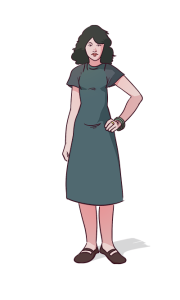 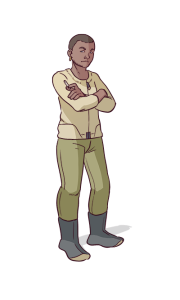 Mom: the stalwart support to Honey’s present, Mom is here to remind you of anything you might forget, from tests to studying, to coming home on time to rest. After all, what else could be more important than your graduation?

Mr. Nader: the linguistics teacher at Lacroix University. He still remembers Honey’s time as a linguistics major, and even though she’s switched tracks, he’ll still try his best to help her see this school year to the end… or simply find the way back to the classroom if she strays too far.

The Shady Guy: a true blight of the streets, Honey will oftentimes happen upon thieves and muggers, out to rob her from her most prized possession: her mask fighting suit. Watch she doesn’t get robbed before her scheduled matches!