Your goal is to help Honey juggle between the harsh necessities of her daily student life, and her nightly dream of becoming a star of the ring in underground fighting tournaments.

To that end, you’ll need to choose wisely how to spend your time, so you’re prepared for all the challenges that lie ahead: fearsome adversaries at night, and dreadful tests during the day! 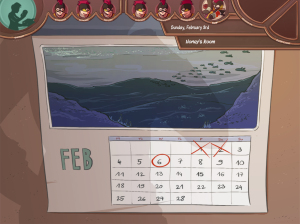 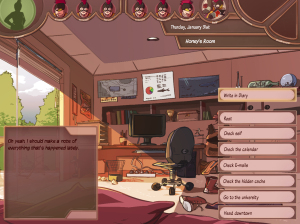 A student by day and a tournament fighter by night, Honey needs to balance the needs of her dual life. You will guide her through the daily grind, assigning tasks and prompting her reaction to the many events that occur. Your goal will be to raise her stats, both physical (for the matches) and academical (for the tests), all the while keeping her fatigue in check, and doing what you can to improve Honey’s reputation, while maintaining the facade that she’s really “only” a student.

The visual novel/life management segment is choice driven: your decisions move everything forward, from stat gains to which events happen, the content of said events, and even story beats. Every choice matters, as what you do is kept in store and might have effects where you least expect! 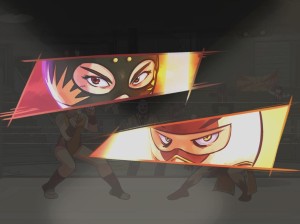 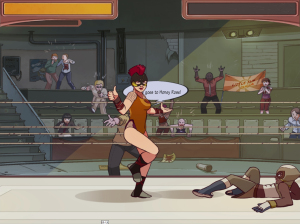 Honey’s dream to become a star of the ring happens here. You need to fight your way through a series of increasingly difficult opponents, each having specific tactics, moves, strengths and weaknesses. To overcome them, you will need to improve your physical stats, go observe your opponent’s matches before you get a chance to fight to study their moves, train with your Coach… and finally, do your best on the ring!

Don’t worry if fighting games are not your strong suit! The match fights are mechanically closer to beat’em all boss fights, and don’t require complex button combinations or timing memorization. Your player skill must complement Honey’s stats to push her towards victory – and if all else fails, there are different difficulty modes to choose from to get all kinds of experiences!

While on the ring, your goal is to defeat your opponent, but also to gain the audience’s favor! By using different moves and fulfilling special requirements, you’ll fill your Style Gauge, and ultimately affect Honey’s Reputation. Can your maximize your Style during each fight?

Each victory on the ring brings you closer to your goal, but defeat does not put an end to the game. As long as you manage to avoid getting unmasked in front of the audience, you will get your chance to rematch your opponent at a later date, but be sure to take your revenge before the tournament is up, as you have a limited time in which to bring home the champion’s belt… and graduate from school! 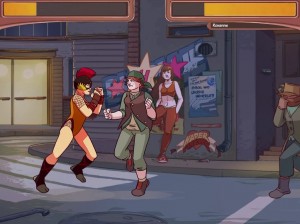 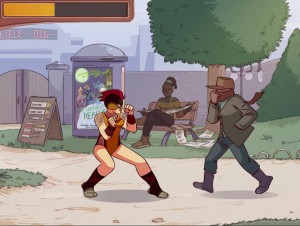 At several points during your days, you might encounter opportunities to put your martial skills to the test. These fights are unregulated, not sanctioned by the tournament but you will still need to give them your best! Whether to defend the innocent, recover your stolen suit or protect your reputation, you might need to don the mask both day and night and take to the streets.